Yaron Traub, native to Israel, Music Director and Chief Conductor of the Valencia Orchestra from 2005 to 2017, is one of Spain’s most regarded conductors. 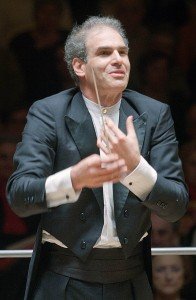 Traub has contributed decisively to raise the recognition of the Orchestra of Valencia as a high-level ensemble and increased the frequent presence of prestigious international soloists in its concerts. Daniel Barenboim, Gidon Kremer, Emmanuel Pahud, Radu Lupu, Truls Mork, Waltraud Meier, Rudolf Buchbinder, Nicolaj Znaider among others have performed under Traub’s baton and shared with him and the Orchestra the ovations of an enthusiastic audience. 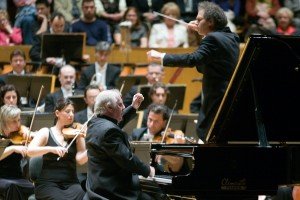 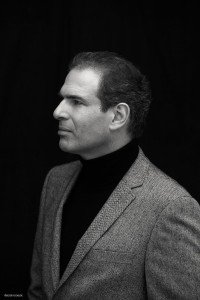 Under the baton of Yaron Traub, the Orchestra of Valencia has made several tours, performing in Zurich, Madrid, Barcelona, Prague, Linz and Stuttgart. During these ten years as head of the Valencian orchestra he has achieved three goals: improve and strengthen its artistic level; establish new projection and great success among the public and critics, and attract a broad, stable and new segment of the public, which now identify the orchestra as its own.

Committed to education through music, Traub has enthusiastically promoted educational activities with the orchestra, aimed both at children and teenagers, bringing classical music to younger generations through direct participation during performances, recovering the educational and social values in classical music for young people, and building a foundation for future audiences. Thus, under the direction and drive of Yaron Traub, Stravinsky’s ballets The Rite of Spring and Petrushka, were staged in a choreographies in 2013 and 2014 respectively, in which one hundred adolescents from Secondary Schools shared the stage with the musicians of the Valencia Orchestra in an unprecedented educational experience.

Born in Tel Aviv, Yaron Traub comes from a family with strong musical roots; his father, Chaim Taub was concertmaster of the Israel Philharmonic for 30 years under the direction of Zubin Mehta. Traub studied with the legendary Sergiu Celibidache in Munich and with the great maestro Daniel Barenboim, working with him during several year as Associate Conductor of the Chicago Symphony Orchestra and at the Bayreuth Festival.

Traub, also a pianist and a passionate chamber musician, lives in Spain with his wife and two children.